For thousands of years, Indian culture and traditions have been a fixture for many people around the world. Regardless of whether you are Indian or not, you definitely know something about this country and its people, as well as the clothes they wear (thanks to movies and cultural festivals).

The sari, or saree as it is commonly spelled, holds a very significant place in Indian culture and is the backbone of the society. All Indian women are taught to wear this garment, and you are guaranteed to see it in Indian weddings or those inspired by the culture, as well as seeing it in various forms of traditional or contemporary art.

Must Read 7 Different Styles of Jeans 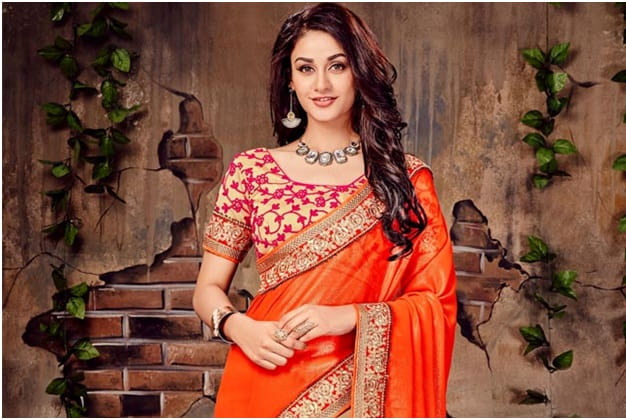 However, what is the history behind this garment, and why is it so significant to the culture? In this article, we look at several facts behind this beautiful wear, many that you probably did not know.

It was not originally called sari

In order to understand various words from India, it is important to know the existence of Sanskrit, which is the classical and liturgical language of Buddhism, Hinduism, and Jainism. Most words originate from this language, including the word ‘sari’.

The word ‘saree’ comes from the anglicized word ‘sadi’, and this word came from the Sanskrit word ‘sati’, which means ‘a strip of cloth’. Even though the fabric itself has one piece of fabric, the amount is significantly large – which gives the user an infinite number of ways to wear it.

Each of the details you get on the fabric such as using Banarasi silk, as well as the draping styles, are all dependent on the region of the wearer and their social status – at least in the traditional sense. For instance, a common way of tying the fabric is to pass one end twice around the waist, then tie the upper border in a strong knot and leave the rest to fall to the ankle in intricate folds, which gives the form of a skirt. If there is remaining material after draping it on the legs and body, the rest hangs in form of a ‘pallu’, which is then drawn over the head.

The material goes back for centuries 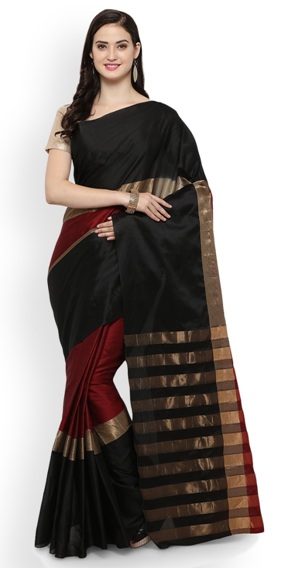 The exact age of saree is not easy to tell, because the known historical data from India regarding various activities in different places of the country indicate that saree existed long before, and was a common garment. In fact, the numerous methods of weaving the materials such as cotton into the finished fabrics were already in use as far back as 5000 years ago, and this suggests that some form of sarees were worn at the time.

The earliest statues to depict women wearing sarees began to develop in 100 BC, approximately. There are many other statues from the second century that show women wearing these garments in numerous styles, even from Gandharan civilization (found in modern day Pakistan).

In addition, the conquest by Alexander the Great in 330 BC led to the introduction of Gandharan civilization, culture, art, and politics to Greek and Macedonian thought, which means these cultures existed and were already thriving. For instance, Gandharam already followed Buddhism as the state religion as early as 2nd century BC and had established several centers for religious and trade studies. Gandharan art was famous for its ability to capture subjects in realistic details, which meant the art was of very high quality.

Every saree colour has meaning

Just when you thought all colours are equal, you meet colours used in sarees – and they are never random. Here are some of them:

Even the motifs have meanings

Some of them include:

Fish – very common in the coastal regions, represents food, fertility and wealth as it is a symbol of plenty.

Parrot – considered a romantic element, and seen as a symbol of courting and passion.

Elephant – these are sacred animals and associated with the Hindu god Ganesh. They symbolize regal strength, royalty, fertility, and water.

Rudraksha – symbolizes the eye of Shiva and is among the most popular motifs. The name of the symbol itself is a derivative of a large tree that grows in the Himalayas and is evergreen, and its seeds are shaped in this form. Hindus use these seeds as prayer beads, and they have a similar look to rosaries used by Catholics.

Indian sarees are interesting, and there is much to learn about them and their history as they are iconic symbols of Indian culture. 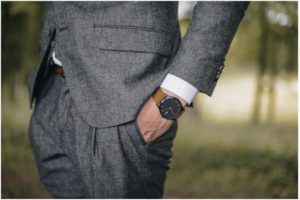 4 Best and Luxurious Watch Brands For Your Eyes 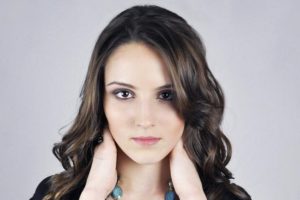 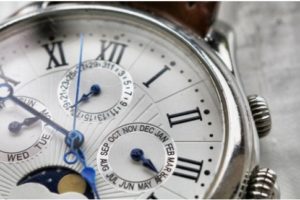