Almost close to the two decades of this 21st century, we have come to the conclusion that Technology has played a big role in changing many lives. There are many Entrepreneurs and top political leaders who have changed the lives of millions with their vision, strong interpersonal and leadership skills. These people are inspiration for the young generation to take the world to new heights. Let us find the most influential or most revolutionary people of the 21st century of these two decades.

Must Read 5 ways to stay persistent and reach your dream 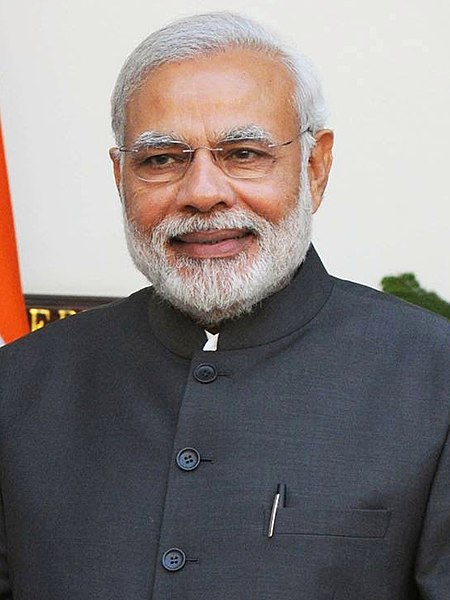 Narendra Modi belongs to a very simple family but his determination has changed the face of his life and India too. He has studied from University of Delhi and Gujarat University. His role for India is just so appreciative. Earlier he has been chief minister of Gujarat from 2001 to 2014. One of the big strength of Narendra Modi is that he is a quick decision maker. Whether it was demonetization, GST or surgical strikes on terror activities shows that he is responsive and quick action taker.

His contribution to society is immense and he has given a major goal. He has done so many good works such as, Make in India under this plan many developments have been done. He has also given a contribution by giving the campaign of Swachh Bharat Abhiyan on the death anniversary of Gandhi Ji on 2nd October 2014 by Modi.

Barack Obama is one of great personality in the world. He studied at Occidental College, Columbia University (BA) and Harvard University (JD). Michelle Robinson is the spouse of Barack Obama.

In spite of Vice president, his contribution to society is very much. He was the one who played role in ending the war in Iraq. He has also played the role in supporting the LGBT community’s fight for marriage equality. If the U.S auto industry is safe it is because of him.  His role in the Care Act which has offered health insurance more than 20 million uninsured Americans, so he gave approval.

He was born on 10 September and studied at Hangzhou Normal University. He is the Founder and Executive Chairman of the Alibaba group. His contribution among every sphere is just praiseworthy and today he has become an inspiration for so many dreamers, he makes us in believing our dream. He was thrown out from 30 different Jobs.

The career of Ma is quite interesting because he has lost so many things and that is how he became a brand. Alibaba is one of the biggest Companies in the world which has its own place. He is everywhere, in the entertainment business too. He has also contributed his contribution by making his debut in short film Kung fu.

Oppertunities are made, they do not just lie around waiting for someone to grab them

The vice president, Khalifa bin Zayed Al Nahyan and the Prime Minister of the United Arab Emirates. Today, if Dubai is enjoying new heights it is because of him. He has launched many exigent enterprises which include Emirates airline, DP World, and the Jumeirah Group.  His contribution to Dubai is so commendable that the multiple projects got successful because of him, the Dubai International Finance Center and the Palm Islands, The Burj Al Arab hotel. 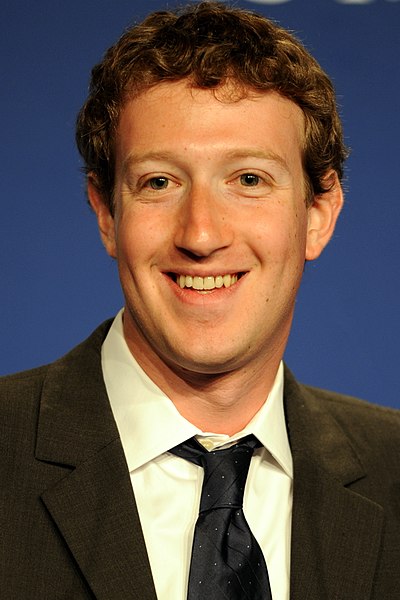 I think a simple rule of business is, if you do the things that are easier first, then you can actually make a lot of progress’

He is the American technology entrepreneur and he has become an inspiration for many dreamers it does not matter what age you belong to! Mark Zuckerberg indulged into computers thing at a very tender age just at 12. He studied at Philips Exeter Academy, where he discovered his talent in fencing and announced as captain of the school team. He has also mastered in literature and received a diploma in classics. And today he is famous as CEO of Facebook.

He developed the software and gave us Facebook. But he has been criticized for stealing their ideas. But Zuckerberg did so stupendous work that which inspires people to make more entrepreneur goals.

Obviously, everyone wants to be successful, but I want to be looked back on as very innovative, very trusted and ethical and ultimately making a big difference in the world

Google is king of the World and it has become so much power that people think twice before challenging it. Larry Page and Sergey Brin both have founded Google, the Internet search Engine when they were at their young age when they were at College at the Stanford University of California, rest is history.

They are the founder of Google and contributed their wonderful contribution to society. Google is the best company for taking care of its employees and gave wings to millions of dream. In 2017, the employees of Google have donated more than 2 million to a crisis fund in the support of refugees. 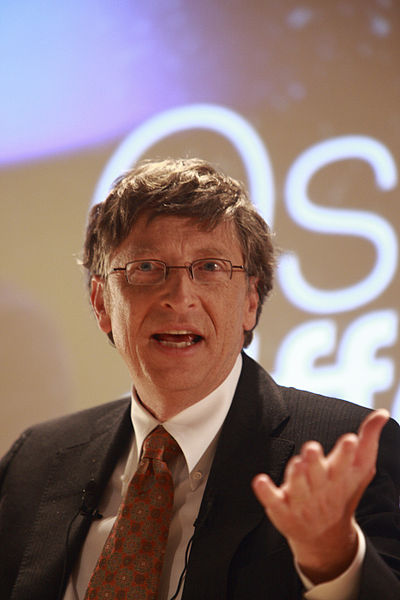 Your most unhappy customers are your greatest source of learning
– this famous line belongs to Bill gates.

He is a very influential businessman, author, investor and philanthropist. He has got married to Melinda French and she is also helping him into his business. He wrote the software program just at his tender age of 13 when people even could not write about themselves and it was first software programme.

IBM gave proposal to Microsoft in July 1980n for launching their personal system, the IBM PC and that is how their business used fuel to fir up their business. Windows, in the year 1985 Bill Gate had launched the Microsoft Windows the Microsoft version.  His contribution to the books is also so commendable and on a large basis, youngster read him, The Road Ahead and business @the speed of Thoughts are famous ones.

He has got the title of inspiring the era of the home computer. He has received so many awards so, in the year 1992, he got National Medal Of Technology and Innovation. In 2013 he got Lasker-Bloomberg Public service award. In 1994 he received ‘distinguished fellow Of The British Computer society Bower Award and Prize For Achievement In Science.

Innovation distinguishes between a leader and a follower

Steven Paul Jobs is a great businessman and investor. Everyone is aware of Apple Inc and he is the co-founder of that company and CEO.  He is also a member of The Walt Disney Company’s board of directors. He is also the founder, chairman, and CEO of the NeXT.

His contribution to the Apple and NeXT is just undeniable and the way he took this business ahead. He had embarked on the Apple computer in the garage of Job’s family. The credit for creating the computer industry with Apple goes to Steve Jobs and Steve Wozniak. He was also contributing his share in the literary world by writing so many business books and motivational books.

For a personality like Steve Jobs, even awards seem less. He has been awarded various awards such as in 1987 he has been awarded Jefferson award for Public service, then in 1989, he has been awarded Entrepreneur of the Decade by Inc. Magazine.  Fortune Magazine has announced him as the most powerful person in business in 2007. Then he has also got a Grammy trustees award in 2012.

If you do build a great experience, customers tell each other about that. Word of mouth is very beautiful

Everyone knows this famous quote of Jeff Bezos. The great American technology entrepreneur, investor, and philanthropist he is the founder, CEO, and chairman and president of Amazon.

Today Amazon is the greatest hub for online shopping and it has reached to the height which no one can touch at least in the current time. His company has been named after the Amazon River which is dwelling in South America.  The Washington Post, Bezos has purchased The Washington Post on August 5, 2013. During March 2014 Bezos announced some drastic changes into the Washington Post and lifted the online paywall for subscribers of the number of U.S local Newspapers in Texas, Hawaii, and Minnesota. Bezos has also changed the face of business and definition of entrepreneur.

Just because of great works Bezos has gained so much. The very first award which he earned is Person of the Year in 1999 by Times. U.S News and World Report have singled him out as one of America’s best leaders. He has also received an Honorary doctorate (science and technology). 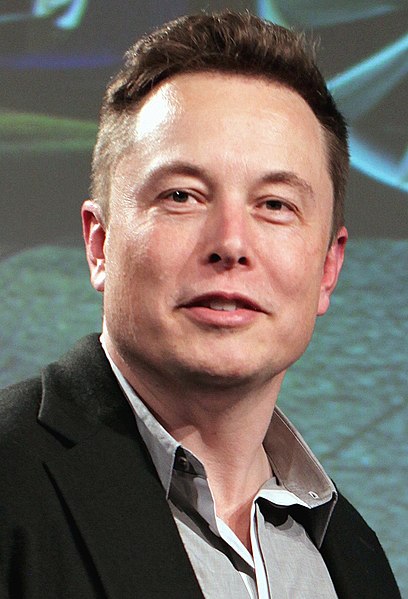 When something is important enough, you do it even if the odds are not in your favor

Who does not know Elon Musk; he is a great technology entrepreneur and engineer. He is lead designer of Space X, he is the co-founder and CEO as well as product architect of Tesla. Musk is also connected to PayPal he is the co-founder of the PayPal! If his personal life can be summoned in one word then it is ‘philanthropist’.

Zip2 during the 1995 musk along with his brother started Zip2; it is a web software company with money raised from a tiny group of angel investors. X.coma and PayPal, in 1999, musk has co-founded X.com which gives online services and Email payment company but later this company has collaborated with PayPal and now it was renamed as the whole focus had shifted on PayPal. SpaceX,  it was founded in the year 2001 which has earned so much popularity, this project has been started to discover the miniature experimental greenhouse on Mars, seeking food crops growing on Martia regolith.

He also introduced new technology for traveling called Hyperloop in 2013 where we can travel at speed of 1000 kmph on ground level. It is open source technology so a lot of people are working on it to make it more effective. In other words, the world will be going to change in the next one or two decades.

He has been named as one of the most influential people of the 21st century by Esquire magazine.

Note – List is not designed by any government and private body. It is our personal view. If we have left any then please let us know in the comment.

A Successful Man or Where to Find a Girl in 2022