At first glance, you will think that a group of skirted lures looks like a squid that cannot fool a lot of fish. However, once they are in the water and you troll them at a fast rate, you will know that they are doing their job.

If you buy lure skirts online, expect them to do an excellent job of copying a baitfish that is fleeing; this makes these lures incredibly effective on baiting various pelagic species such as tuna, marlin, wahoo, etc.

To get the best of the lure skirts, it requires an involved fishing system with a lot of tweaks to it.

Similar Topic
Dress for the Occasion: How to Pick the Right Belt for Every Event 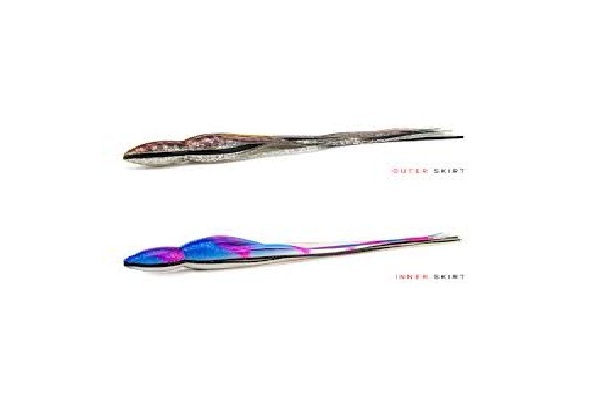 Rigging skirted lures is possible in various ways, and you can still catch more pelagic fish with them than other types of lures. While there are a few ways to go about it, always rig the skirts using one hook. There is no difference in using one hook and two hooks, aside from weighing the lure down with that extra hook, which could decrease its movement and cause bites.

The way you position the hook within the body of the skirted lure also has a big role in its action. The hook should sit point up to make its shank keels the lure, reducing the likelihood of spinning through when in the water.

How you hook is a crucial part of rigging lure skirts as it should help make the lure look natural and swim correctly, which is side up. The balancing or stabilizing of the skirted lure is vital to some head styles, which are finely tuned to create a specific swimming action.

An effective way to make the hook stay in an upright position is to stick a rubber bung at the back part of the head of the lure. Push the crimp into the bung to lock and hook the rig into position.

Remember that stiff rigging can limit that action of the lure skirts. For this, try to have a semi-stiff rig with the use of multi-strand wire. You can also achieve this if you double the leader line over and crimp in place. Finish it off by putting a heat shrink tubing on the hook eye to prevent it from swinging.

You can buy top quality lure skirts online, but before you rig it, you should make sure that you know how to make crimped connections. You can use crimps as alternatives to knots, especially for connections in any 100lb leader line and over. Crimped connections are the only way to go when it comes to using skirted lures to chase large fish that utilize heavy leader line.

The term “spread” in game fishing means the collective term for the number of lures that are trolling behind your boat. It would usually be a minimum of three to five lures from your trailer boat set up, considering that lure skirts are most effective when used in combination.

To have successful fishing with lure skirts, consider your spread as a whole and every skirted lure plays an individual part in such a collective. Lures that are spread well can catch more fish compared to throwing a hotchpotch of random skirts in the water. Therefore, it is vital to pick the colours, sizes, and types of lure skirts that are suitable for specific positions in the spread, contributing to catching more fish in the process.