We all know about the actor a Telugu film actor, producer, director, screenwriter, writer, philanthropist, and politician. Although, he has married twice Nandini( married 1997, Divorced 2008) and Renu Desai( Married 2009, Divorced 2012) before getting married to Anna Lezhneva. She is Pawan Kalyan’s third wife.

Anna Lezhneva is currently married to Pawan Kalyan. She met him on the sets of the movie ‘Teen Maar’ in 2011. Where Pawas was playing the main lead and Anna was playing a small role.

Pawan Kalyan and Anna fall in love with each other despite the fact that Kalyan was already married to Renu Desai. It is also said that Anna becomes the reason for differences between Pawan Kalyan and Renu Desai. Which leads to their divorce in 2012.

Pawan Kalyan got married to Anna Lezhneva while his divorce with Renu Desai was yet to be finalized. After their marriage, Anna Lezhneva had a complete makeover and started following Indian Traditions. She started wearing sarees and bindi and follow all Indian Traditions. Their married was a kind of secret marriage because Kalyan was not introducing her to the public but they went out for dinner several times.

Presently couple is living in Hyderabad with Son and Daughter names Mark Shankar Pawanovich and Polina Anjana Pawanova. Earlier she played a few cameo roles in South Movies but now she is a happy mother of two kids. 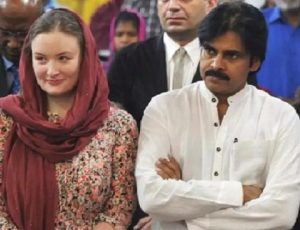 2. Anna Lezhneva during a family function She has adopted a completely Indian culture. She looks so amazing and pretty in Saree. A picture of Pawan Kalyan wife in a family function. Where she spotted in a Saree.

3. An Old picture of Pawan Kalyan with Wife Anna Lezhneva

4. Another beautiful picture in a wedding function

5. She was spotted with her Husband both of them looks so amazing together 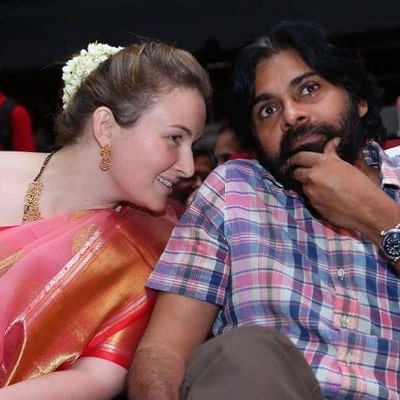 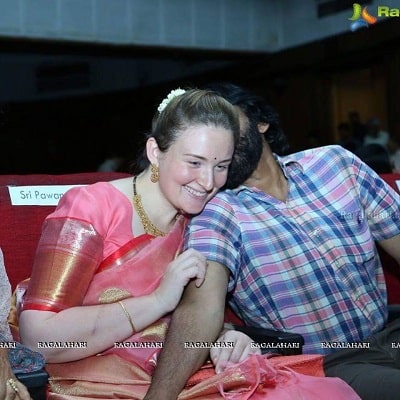 Can you find out Anna with whom? 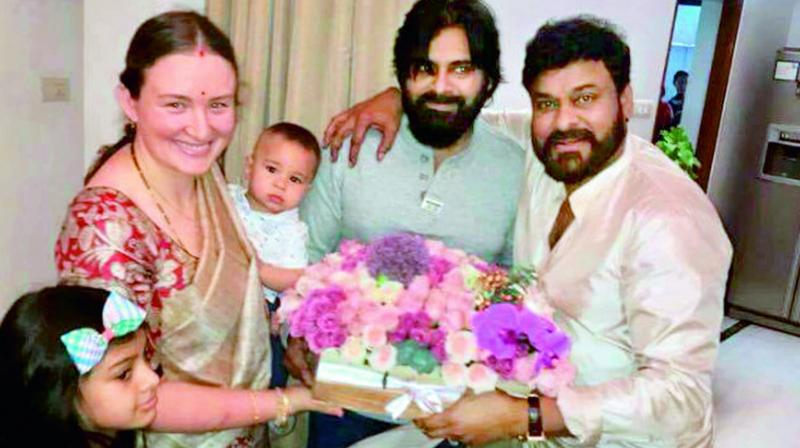 She is with her husband Pawan Kalyan and her daughter at Chiranjeevi’s residence but her son catches the eyes of everyone. A complete family picture spotted. 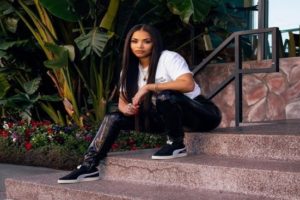 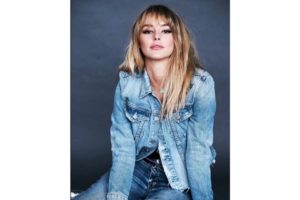