Jay Shetty is another most popular Lifestyle vlogger and Motivational Speaker born in United Kingdom (London) on 7th September 1987. He is 32 years old and based on a British family but has an Indian ethnicity. Before 14 years old, he is a shy type person and later becomes rebellious & no one will like him. He started his schooling from United Kingdom, London.

Later, he pursued a bachelor’s degree in Behavioral Science (B.Sc Hons) and studied at Cass Business School, United Kingdom (London). Before starting the business school class, Jay also learned more about human life and preferred to become a Monk for 18 years old. He decided and came to India for starting the Monk education.

Jay Shetty was born in the United Kingdom (London) on 7th September 1987, a British national but based on Indian origin. During his growth, he is introverted and shy but has a positive perspective for life. From his childhood, he is making efforts to provide positive energy with his surrounding people. Jay is bullied on various occasions due to his overweight from his schooling days. But he never allows it to impact his health.

During his teenage, he is concentrated to find his life purpose and also identity. But his adventures made him discontinue or suspend from his schooling at times. When 16 years old, his mind has a profound impact due to a tragic incident. It helps him to understand the purpose of his life and find the meaning. He lost his two best friends during the gang violence and a car accident.

Jay Shetty tried to hail himself from the Bunt community. There is no update or any information on his previous relationships with family members. In April 2016, Jay married Roshni Devlukia, who is working as a Dietitian at Watford General Hospital.

After completing school life, Jay Shetty planned to become a monk by the words of an inspiring monk. As a Behavioral Science graduate, he visited India and started to spend time with the monks. After returning to the UK, he started to share the learned information from the Indian monks to others. Jay also shared his knowledge and wisdom with the help of social media platforms.

He also worked for the huff post with their association. The Vlog was started in 2015 on the YouTube channel and has numerous followers. Jay is associated with numerous other companies such as Nasdaq, National Geographic, Snapchat, and Facebook. He is also invited to give a lecture at conferences, seminars, universities, and colleges across the world. 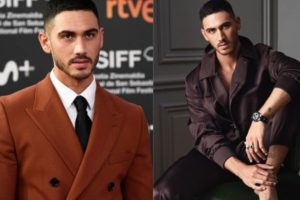 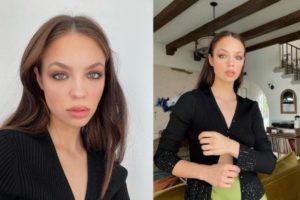